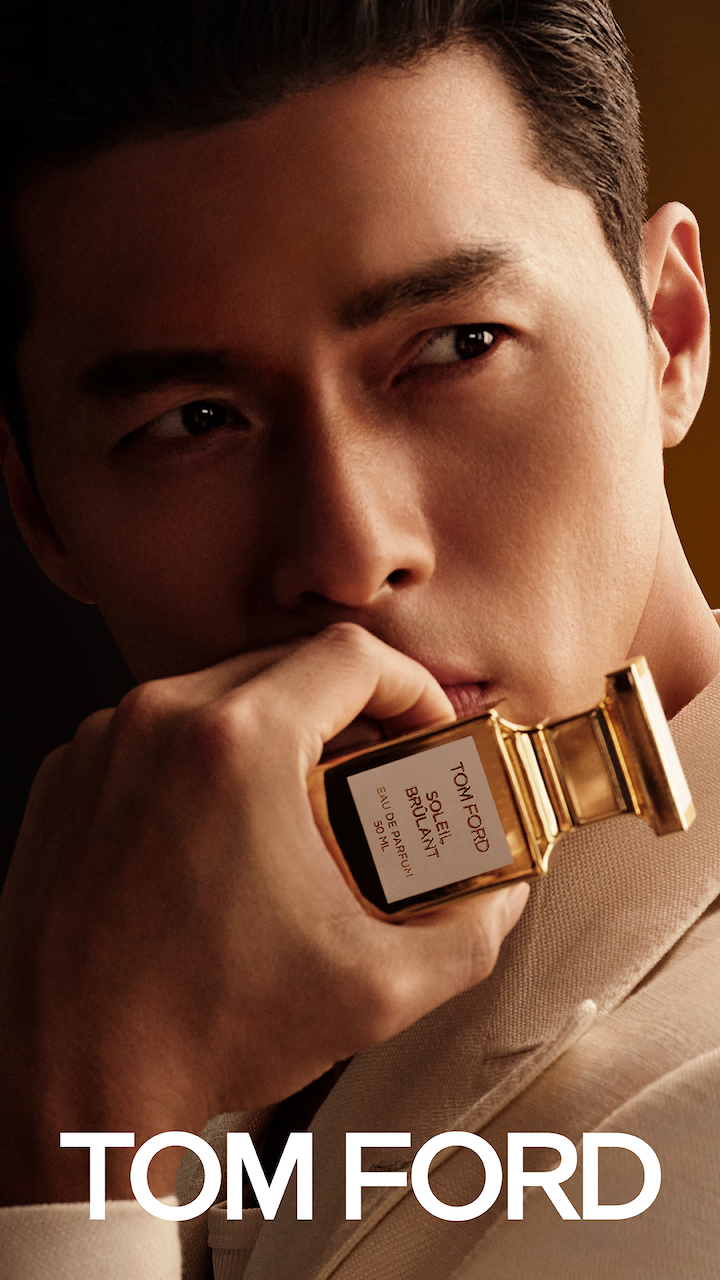 Tom Ford Beauty is pleased to announce the appointment of Hyun Bin as Tom Ford Fragrance Attaché for Asia Pacific, from July 2021.

“As a longtime fan of Tom Ford, I am honored and privileged to be the first Fragrance Attaché for the region, and look forward to working with the brand.”- Hyun Bin

As the brand’s first regional Attaché, Hyun Bin will make his debut in a campaign featuring the new Tom Ford Private Blend Soleil Brûlant fragrance. The amber floral scent, Soleil Brûlant, is an invitation to an uninhibited summer, where high-shine solar brilliance mingles with the intense freshness of mandarin and bergamot.

The floral oriental scent is an invitation to an uninhibited summer, where high-shine solar brilliance mingles with the intense freshness of mandarin and bergamot. Spicy pink peppercorn gives way to an ornate and regal floral heart of jasmine sambac, tuberose and orange flower absolutes.

As the sun and body embrace, the warmth of decadent amber intensified by resins, woods, and black honey nectar exudes a seductive vapor. Invigorating coffee Arabica and tonka bean awaken the extravagant smokiness of incense, vetiver, and leather.

The 50mL flacon is designed in a metallic golden hue inspired by brilliant sunrays and a glossed white label and plaque. The grand 250mL decanter features the same evocative use of gold, with a sumptuous cord tied around the neck of the bottle.

An internationally acclaimed actor, hailing from South Korea, Hyun Bin started his acting career in film and television in 2003. In 2006, he won the prestigious Korean Baeksang Art Awards for Most Popular Actor in film Millionaire's First Love and the KBS Drama Award Best Actor for TV Series Snow Queen. In 2011, he received the highest honor Baeksang Art Award Grand Prize for TV series Secret Garden. Since then, Hyun Bin has starred in various drama series and films, including the most recent success, Crash Landing on You, which was the second highest rating drama on cable television in Korean history. Hyun Bin’s next film Bargaining will be released in 2021.

Tom Ford Beauty is a covetable collection of cosmetics and fragrances, shaped with Tom Ford’s singular vision of modern glamour and crafted with the ultimate in quality and luxury. 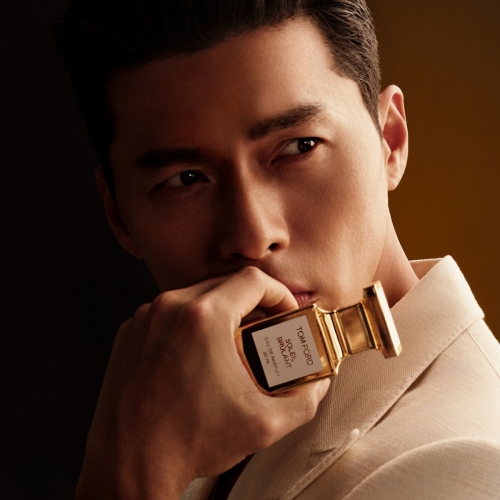 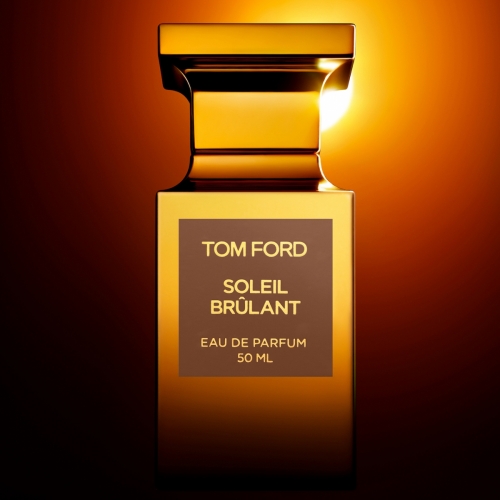